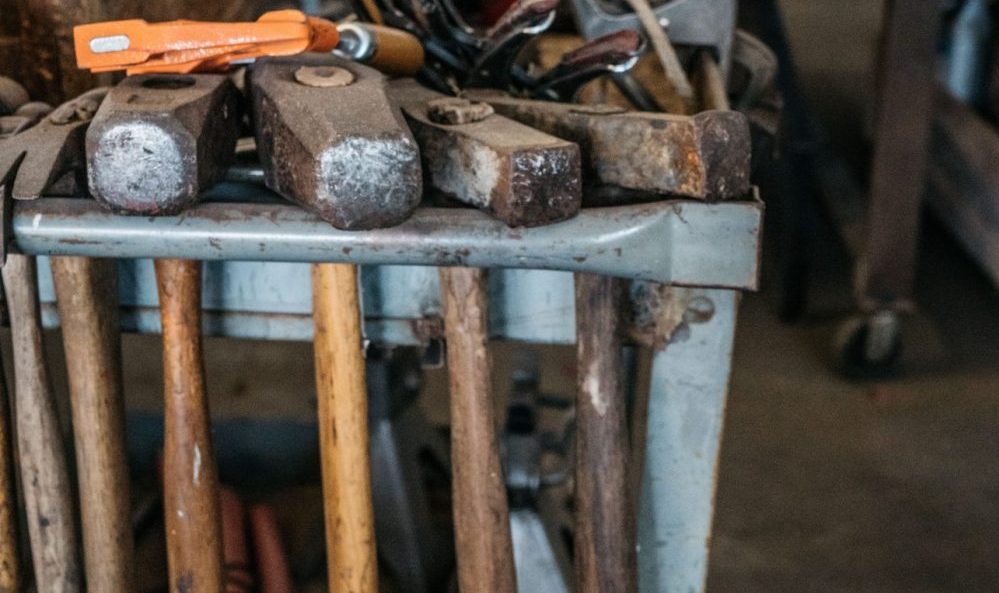 Some miraculous changes happening in his life.

He is reading the Bible every morning now… He testified to major changes in His lifestyle, attitudes, relationships, etc… He got baptized last Sunday along with 14 others, and seemed so HAPPY, and grateful about it!

A few days after our time with him last week (referred to in the Aug. 18 journal entry – https://btti.org/2004/08/26/big-changes/), his wife came home after being at a meeting, and found the idols had been removed… by HIM!

Then when we visited them today they wanted us to help destroy the idols! We had a blast…! It was a delight to take a hammer and smash the idols before they were set on fire and burned in their porch area! They joined with us in the idol bashing party by also taking the hammer in hand, and giving their blows, too! What a joyful experience it was!

The Truth Will Set You Free

This man is 48 years old. He was raised under strong Catholic influences all of his life by a very devoted Carmelite mother, who was so religiously fervent in her well-intended but idolatrous ways that she had calloused knees from walking on her knees from idol to idol in the temple. She prayed almost constantly with rosaries, etc.. He said he has prayed to these idols all of his life. He was so happy to know the truth, and be set free from all of that.

As the idols were burning, he was talking about how happy he was, and that he was “free” now. His wife began spontaneously singing the chorus we had taught her recently, “He brought me out of the kingdom of darkness, and into His marvellous light, I’m on the rock of salvation, I’ll fear not day or night. I have a peace down in my soul, O how the glory’s roll, I’m free, I’m free, I’m free – Praise God I’m FREE!” -and we joined her singing it over and over as the idols burned. It was a very special time!

I watched this man deep in thought, as he stood there watching the idols burn. He had prayed to them so many hundreds, if not thousands and thousands of times. I asked him what he was thinking. He was thinking over his past, and about his blindness and wasted prayers, etc… It was very touching, as he told of the stronghold they had been in his life. He seemed so appreciative to know the truth now, and to experience freedom from all of that.

It was fun to also answer some of his searching questions about the eating of blood, repetitious prayers of the rosary, and other important topics of interest to him from a Biblical point of view. He was so open, and has such a teachable heart now!

Even before we shared from the Bible about eating blood, he had already made an adjustment yesterday when they butchered their pig, and gave the blood away instead of…. (well, guess I need to just tell the whole story since they used to consider blood such a delicacy) eating it like they normally would have done before. He didn’t seem to feel right about it now, and considered it questionable, so that’s why he asked…

He’s also avoiding some of his former companions that would bring temptation to him to pursue former vices. He is boldly sharing his experience with others, even in the midst of persecution and scorn. He says he is “proud to be born again!” – whereas formerly he was quite intimidated by other peoples opinions, and sarcastic comments.

What big, big changes are happening in their family! Praise God!!

As we left there today, I was thinking back to a specific time of prayer a week ago Saturday night, at our weekly prayer meeting. At that time we unitedly joined in prayer for this brother, asking God’s help in seeing these idolatrous strongholds broken the coming week. Within the coming week, we saw amazing answers, and the final blows came today as the idols were destroyed… God is good! We give Him GLORY!