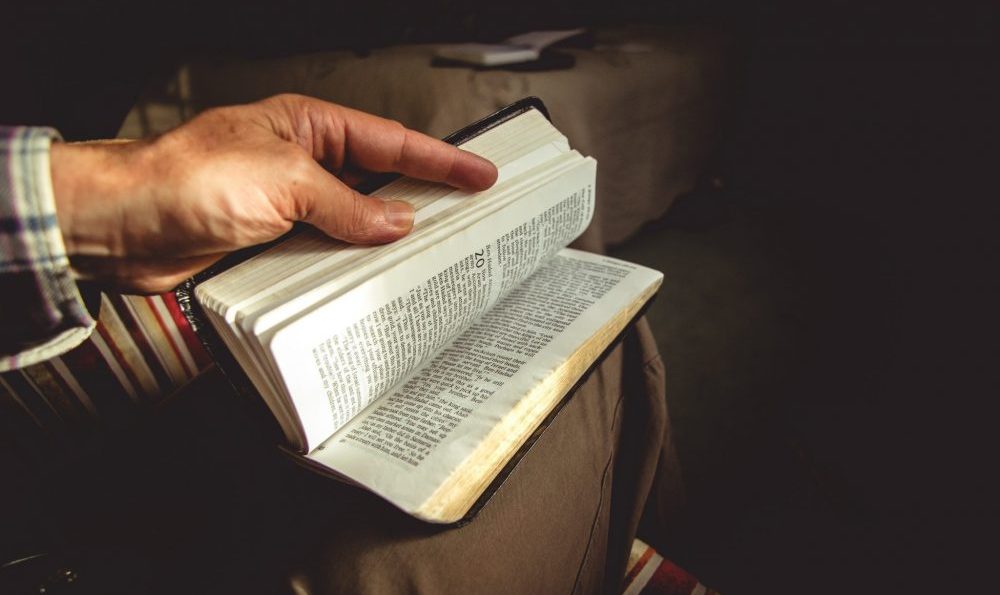 At our prayer meeting last night we were reminded of Rom. 8:28 – “We know that all things work together for good to them that love the Lord, to those who are the called according to His purpose.” The truth of that verse stimulated many testimonies of praise and thanksgiving. It’s like a praise bouquet of lovely flowers – each one unique, beautiful and special. I will arrange them for you below, one by one, and you will see…

Many years ago I remember walking into the hospital room where my father was confined, struggling with heart problems. He looked at me, gave a big smile and said “Rom. 8:28 is still in the Book!” I will never forget the memory of that vivid lesson learned, and I have observed it absolutely true over and over again, through the years!

One man told about being hospitalized a number of years ago. He underwent a very difficult cancerous tumor surgery. He was in the hospital for 3 1/2 months, and ICU for 20 days, and during that time was in very critical condition. He had tubes in his mouth, and machines helping him breathe. Every one of the patients except him died, in his ICU room. He desperately cried out in his heart to the Lord. He had been in a backslidden condition for around 10 years. He told the Lord that if his life was spared, and he was allowed to continue to live, that he would serve Him. Within a short time, (around 10 hours or so) the Dr. came with the good news that he was recovering and the tubes were taken out. He recovered, was released from the hospital, and has been faithfully serving the Lord for many years. PTL!

He also told about helping one of his relatives by going to another city and staying there to watch over their house until it sold. He thought it would only take 1 month or so, thinking that would be a very long time. It turned out to be for 50 months! However, during that time, his time was not wasted. He was able to help start a new church in that area that continues, and help disciple a large family in the ways of the Lord with regular weekly Bible. The unexpected delay and prolonged stay became a very fruitful time of ministry for him.

One young man recalled traveling in our jeep a number of years ago when the tire came off and rolled out into the field. They were traveling around 50 kilometers/hr at the time but were able to stop without an accident. After searching in the dark for around an hour, they finally found the missing tire a long ways away in a dry fish pond. It was an unusual way to meet and bond with some of the neighbors, but they were able to witness to them and share some tracks.

Stuck in the Mud

A number of years ago we were traveling late at night with our family on a mission assignment. The road became so muddy because of heavy rains that our jeep got bogged down in the mud, and we were unable to continue. (The next day men had to actually gather around it, and lift it out of the mud it was so deeply stuck.) The scenario still seems like a dreadful nightmare, but somehow in the midst of it all a Filipino pastor traveling with us was able to share the gospel through the night with a neighbor nearby and had a chance to witness to precious, needy soul. PTL!

It’s been close to 5 years now since we were in a traumatic hold-up during early morning hours at our mission base. Although several of us got shot, our lives were spared. That experience has given us many opportunities over and over, almost everywhere we go, to give praise to the Lord who ‘delivered us from the hand of our enemy’ (Ps. 107:2)

Death in the Family

One young lady shared how in the midst of a death in the family, some of them had the opportunity to hear the gospel and are now serving the Lord.

Someone shared how in the midst of the trauma of a broken relationship in the past, the way was prepared for another relationship that has obviously been God’s will, and the best – which has been very fulfilling and satisfying for many years.

Another young woman shared that in the midst of some past family trouble, the living location of her family changed. Around 2 months later the house that they had been previously been staying in was destroyed in a storm. Now there is a river where their house used to be. Their lives were spared! PTL!

One man shared about being unable to complete his college degree. That has contributed to numerous financial difficulties and hardships over the years. He acknowledged the Lord in it all, though, saying that if he had been rich and successful instead of poor, he probably wouldn’t have had exposure or interest in the gospel. He was giving thanks that due to some of the things he has suffered he has had the opportunity to come to know the Lord. PTL!

We were reminded of the story of Joseph. Even though Joseph’s brothers intended harm, and did something evil to him, the Lord was able to turn it around and work it together for good and fulfill His divine purposes in his life and family.