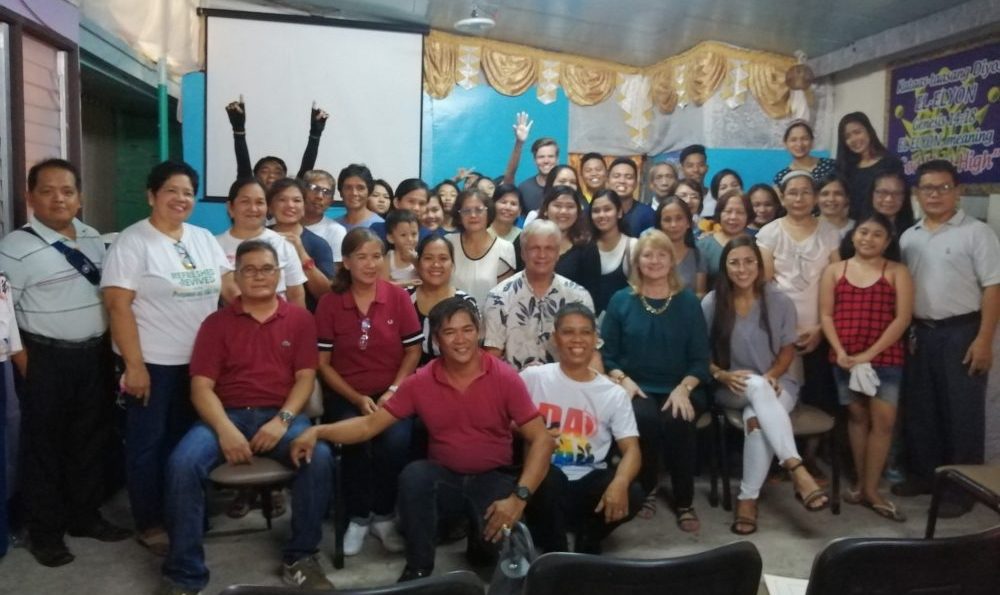 Yesterday we had another “Light Brings Freedom” Seminar” It was held in Lipa, Laguna. Quite a number of the pastors and workers in the city attended. Some were also from another city and wanted to know if we could come to their city as well. It was a glorious time! Here are some highlights…

The seminar was received with great joy, excitement, and appreciation! Some of the pastors were saying that these evangelistic resources are “what they need…”. They are simple and yet comprehensive.

One of the pastors said that the investment in the materials we provide (Lesson guides, worksheets, flash drives that have copies of the Bible lessons, videos, and testimonies, etc.) is nothing compared to their value. He said “these are life-changing!

Praise the Lord for the amazing doors that are opening for the spread of the gospel to cities and islands of this nation!

One of the coordinators that is helping to make arrangements and contacts for these seminars publicly expressed her hopeful desire to see this spread far and wide throughout the nation, and eventually have an attendee alumni gathering of those who have come to the “Light Brings Freedom” seminars in one of the big coliseums here. PTL!

May the Lord hear our prayers, and continue to work out the prophetic fulfillment of His plans and purposes for HIs glory. We prayerfully anticipate that these evangelistic efforts will not only have a great impact on this nation but on other nations as well. May the Lord mercifully grant a mighty revival of righteousness that spreads throughout the earth, and helps many precious souls to be saved and brings great glory to His name in the Lord’s good timing…

Talking with one of the attendees afterward, I was amazed when they said that “Light Brings Freedom” was like a fire spreading throughout that area. That was especially interesting because of a prophetic word and vision that was prayed over us as we were sent out from our local church to come to the Philippines many years ago. A portion of that prophecy was about fires of revival that would spread throughout this nation. As we carried the torch and were torch-bearers, going from from city to city and island to island, we were to take some fire with us and that fire would touch dry places. It would spread from place to place until whole regions were on fire. The whole nation would be impacted and united, and the many islands here would become as one. May the Lord’s will be done, and His purposes fulfilled in Jesus name we pray!