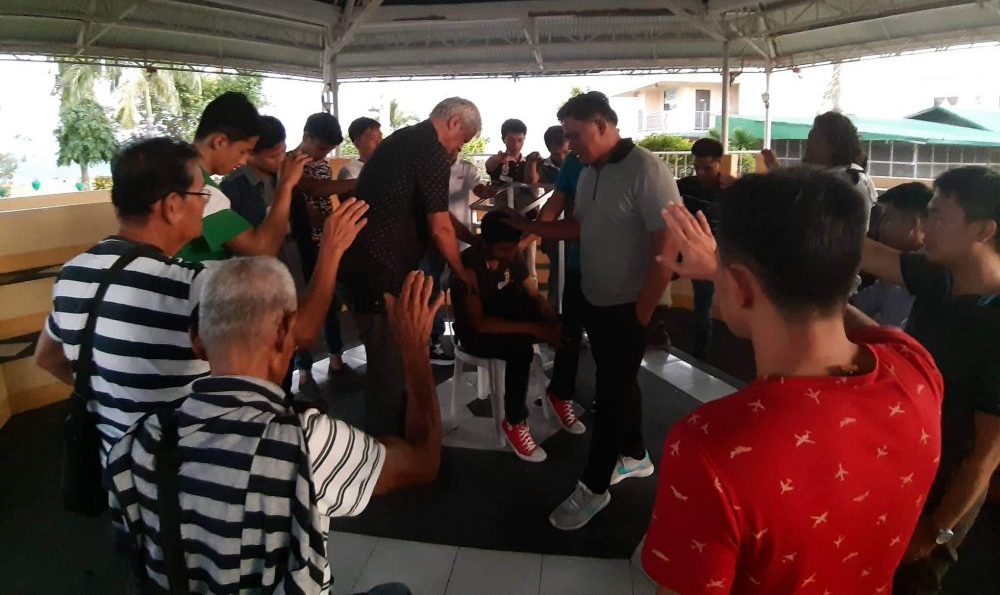 We had a wonderful all-day retreat at Peniel Prayer Mt. yesterday! It was an all-day effort and an intense time of ministry and seeking the Lord.

There was an overwhelming response. Over 45 people attended, including several men who received the Lord while confined in the Tarlac Provincial Jail. They are now released and back together with their family and attend our services.

There was ministry to everyone, from those newly saved to ones being trained for ministry. There were glorious times of prayer, praise and worship.

The theme of the retreat was ‘Fresh Anointing’ with a special emphasis on the importance and the need for Holy Spirit anointing. Everyone was blessed during special times together in the presence of the Lord! It was a great time! Our men’s and women’s “prayer anointing” circle at the end was awesome! There was so-o much joy!

Teresa was the retreat coordinator, piano player, worship leader, and key speaker. She did AMAZING!! The Lord used her mightily, and many people’s lives were greatly impacted and changed.

Some exciting testimonies were shared. A young couple attended from Balanti area. The young man is from a major cult. He wanted to pray to receive the Lord during one of the sessions. Both of them seemed to be very touched! They were in my car on the way home, and I had a chance to get better acquainted with them and give them a Bible when we got back. They seemed very respectful, hungry for the Word, and interested in Bible studies. They desire to get married now, knowing that what they have been doing by living together outside of marriage is wrong and immature.

A back-slider came back to the Lord while there, with tears of repentance and joy flowing down her face. She was ripe and ready to return to the Lord in such a whole-hearted and sincere way! She gave a precious and powerful testimony in one of the next sessions.

We give the Lord praise for His abundant blessings, and answers to prayer! Hallelujah!