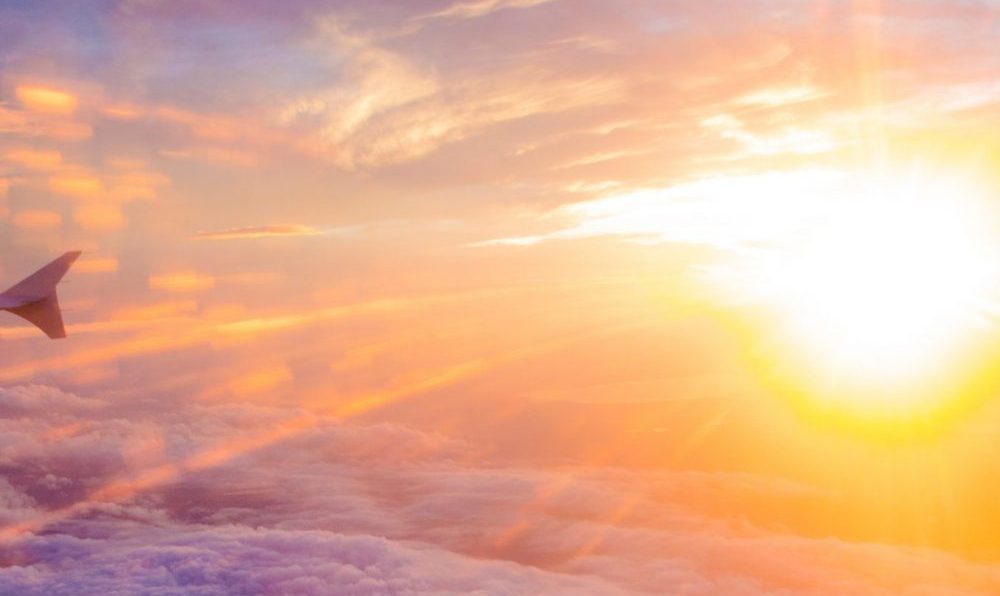 Because JESUS WON the battle against sin, the devil, and death – we who believe in Jesus and receive him by faith ARE WINNERS TOO!!

What did Jesus win? He won the victory over sin, flesh, and the devil — and ultimately over death!

Psalm 18:3 -I will call upon the Lord, who is worthy to be praised: so shall I be SAVED FROM MINE ENEMIES.

Psalm 108:13 Through God we shall do valiantly: for HE IT IS THAT SHALL TREAD DOWN OUR ENEMIES.

I Corinthians 15:57 – Thanks be to God who gives us the VICTORY THROUGH OUR LORD JESUS CHRIST!

31 What then shall we say to these things? If God is for us, who can be against us? 32 He who did not spare His own Son, but delivered Him up for us all, how shall He not WITH HIM ALSO FREELY GIVE US ALL THINGS?

37 Yet in all these things we are MORE THAN CONQUERORS through Him who loved us.

…he laid his right hand on me, saying to me, “do not be afraid; I am the first and the last. 18 I AM HE WHO LIVES, AND WAS DEAD, AND BEHOLD, I AM ALIVE FOREVERMORE. Amen.  And I have the keys of hell (hades; unseen realm of the dead; grave)) and of death.

…HE SHOWED HIMSELF ALIVE after his passion by many infallible proofs, being seen of them forty days, and speaking of the things pertaining to the kingdom of God.

Wherefore he is able also to save them to the uttermost that come unto God by him, seeing HE EVER LIVES to make intercession for them.

Blessed be the God and Father of our Lord Jesus Christ, which according to his abundant mercy has begotten us again unto a living (lively) hope BY THE RESURRECTION OF JESUS CHRIST FROM THE DEAD.

These things I have spoken unto you, that in me you might have peace. In the world you shall have tribulation: but be of good cheer; I HAVE OVERCOME THE WORLD.

JESUS OVERCAME THE TEMPTER – THE DEVIL!

And I saw an angel come down from heaven, having the key of the bottomless pit and a great chain in his hand. 2 And HE LAID HOLD ON THE DRAGON, THAT OLD SERPENT, WHICH IS THE DEVIL, AND SATAN, AND BOUND HIM A THOUSAND YEARS,3 AND CAST HIM INTO THE BOTTOMLESS PIT, and shut him up, and set a seal upon him, that he should deceive the nations no more…

These will make war with the Lamb, and THE LAMB WILL OVERCOME THEM, for He is Lord of lords and King of kings; and those who are with Him are called, chosen, and faithful.”

You are of God, little children, and have overcome them, because HE WHO IS IN YOU IS GREATER THAN HE WHO IS IN THE WORLD.

MORE ANGELS WITH ELISHA THAN HIS ENEMIES

… So he answered, “Do not fear, for those who are with us are more than those who are with them.” 17 And Elisha prayed, and said, “Lord, I pray, open his eyes that he may see.” Then the Lord opened the eyes of the young man, and he saw. And behold, the mountain was full of horses and chariots of fire all around Elisha.

Oh, sing to the Lord a new song! For He has done marvelous things; His right hand and His holy arm have gained Him the VICTORY.

…who has saved us and called us with a holy calling, not according to our works, but according to His own purpose and grace which was given to us in Christ Jesus before time began, 10 but has NOW BEEN REVEALED BY THE APPEARING OF OUR SAVIOR JESUS CHRIST, WHO HAS ABOLISHED DEATH AND BROUGHT LIFE AND IMMORTALITY TO LIGHT THROUGH THE GOSPEL…

Moreover, brethren, I declare to you THE GOSPEL which I preached to you, which also you received and in which you stand, 2 by which also you are saved, if you hold fast that word which I preached to you—unless you believed in vain.For I delivered to you first of all that which I also received: that CHRIST DIED FOR OUR SINS according to the Scriptures, 4 and that HE WAS BURIED, and that HE ROSE AGAIN THE THIRD DAY according to the Scriptures, and that He was seen by Cephas, then by the twelve. 6 After that He was seen by over five hundred brethren at once, of whom the greater part remain to the present, but some have fallen asleep. 7 After that He was seen by James, then by all the apostles. 8 Then last of all He was seen by me also…

The Risen Christ, Our Hope

Now if Christ is preached that He has been raised from the dead, how do some among you say that there is no resurrection of the dead? 13 But if there is no resurrection of the dead, then Christ is not risen. 14 And if Christ is not risen, then our preaching is empty and your faith is also empty… 16 For if the dead do not rise, then Christ is not risen. 17 And if Christ is not risen, your faith is futile; you are still in your sins! 18 Then also those who have fallen asleep in Christ have perished. 19 If in this life only we have hope in Christ, we are of all men the most pitiable. 20 But NOW CHRIST IS RISEN FROM THE DEAD, and has become the firstfruits of those who have fallen asleep. 21 For since by man came death, by Man also came the resurrection of the dead. 22 For as in Adam all die, even so IN CHRIST ALL SHALL BE MADE ALIVE. 23 But each one in his own order: Christ the first-fruits, afterward those who are Christ’s at His coming. 24 Then comes the end, when He delivers the kingdom to God the Father, when He puts an end to all rule and all authority and power. 25 For He must reign till He has put all enemies under His feet.26 The last enemy that will be destroyed is death.

Now this I say, brethren, that flesh and blood cannot inherit the kingdom of God; nor does corruption inherit incorruption. 51 Behold, I tell you a mystery: We shall not all sleep, but we shall all be changed— 52 in a moment, in the twinkling of an eye, at the last trumpet. For the trumpet will sound, and THE DEAD WILL BE RAISED INCORRUPTIBLE, and we shall be changed. 53 For this corruptible must put on incorruption, and this mortal must put on immortality. 54 So when this corruptible has put on incorruption, and this mortal has put on immortality, then shall be brought to pass the saying that is written: “DEATH IS SWALLOWED UP IN VICTORY.”55 “O Death, where is your sting? O Hades, where is your victory?”56 The sting of death is sin, and the strength of sin is the law. 57 But thanks be to God, WHO GIVES US THE VICTORY THROUGH OUR LORD JESUS CHRIST.

And I saw a great white throne, and him that sat on it, from whose face the earth and the heaven fled away; and there was found no place for them.12 And I saw the dead, small and great, stand before God; and the books were opened: and another book was opened, which is the book of life: and the dead were judged out of those things which were written in the books, according to their works. 13 and the sea gave up the dead which were in it; and death and hell delivered up the dead which were in them: and they were judged every man according to their works.14 and DEATH AND HELL WERE CAST INTO THE LAKE OF FIRE…

JESUS IS THE RESURRECTION AND THE LIFE!

Something  within us all wants to win –   not lose.

BECAUSE OF JESUS WE ARE WINNERS!

THE TRIUMPH OF LIFE OVER DEATH!

JESUS is Lord of Lords and Kings –   REIGNS  FOREVER (with us)!