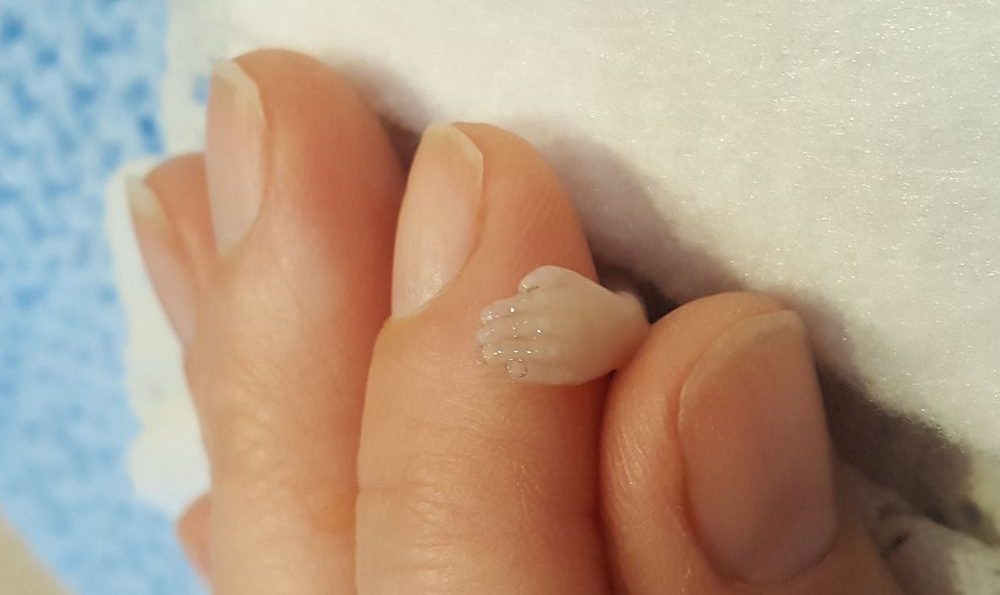 Below are some excerpts from an article that can be found on the FRC website (frc.org/abortion) – link: https://www.frc.org/brochure/biblical-principles-for-pro-life-engagement

WHAT DOES THE BIBLE SAY ABOUT ABORTION?

Embryology (the branch of biology and medicine concerned with the study of embryos and their development) has advanced to the point where no one disputes that a newly formed zygote (fertilized egg) has its own genetic composition and is therefore a biologically unique individual. In fact, a comprehensive study in 2018 showed that 95 percent of biologists affirmed the biological view that a human’s life begins at fertilization (5,212 out of 5,502 of biologists surveyed).

The Christian View of Personhood

How should Christians think about personhood and what it means to be human? When human life is present, regardless of the many variables and complexities attendant to our existence, there is a person with moral standing deserving of legal protection.“Perhaps the most crucial question for a Christian regarding abortion is whether God considers the unborn child a person… If the Scriptures clearly imply the personhood of the unborn, then Christians have an obligation to seek the protection of the unborn through educational, religious, and legislative action.”

Does the Bible prove the personhood of the unborn? If it does, then Christians are morally obligated to oppose elective abortions, the intentional killing of unborn children for the sake of convenience.

personhood of the unborn

WHAT DOES THE BIBLE SAY?

Here are some important passages that speak to the personhood of the unborn.

Based on what the Bible says on this issue, Christians should adopt a pro-life, anti-abortion ethic.

What the Bible says about abortion:

“For you formed my inward parts; you knitted me together in my mother’s womb. I praise you, for I am fearfully and wonderfully made. Wonderful are your works; my soul knows it very well. My frame was not hidden from you, when I was being made in secret, intricately woven in the depths of the earth. Your eyes saw my unformed substance; in your book were written, every one of them, the days that were formed for me, when as yet there was none of them.”

This was NOT an impersonal fetus with no moral value…it was the future King David, whom God was forming and knitting together. As David reflects on his own prenatal development, he calls it “wonderful”. He was not an inconsequential, non-moral entity in the womb. Rather, he was the personal object of God’s creative work. David cannot help but praise God in song as he considers how he has been “fearfully and wonderfully made.”

In Psalm 22:10, David says, “On you was I cast from my birth, and from my mother’s womb you have been my God.” David confesses his dependency on God from the very beginning of his life and recognizes that his personal relationship with God began in the womb.

The Bible never speaks of the unborn as anything other than a PERSON.

Another set of verses that confirm the Bible’s understanding of the personhood of the unborn are Jeremiah 1:4-5 and Isaiah 49:1b. In both passages major Old Testament prophets reflect on their callings.

JEREMIAH writes: Now the word of the Lord came to me, saying, “Before I FORMED YOU in the womb I knew you, and before you were born I consecrated you; I appointed you a prophet to the nations.”

In Jeremiah’s case, God explains to the prophet that He “formed” and “knew” him prior to his birth. The passage reveals that God had a personal relationship with the unborn prophet similarly to how He relates to the prophet as an adult.

ISAIAH says: “The Lord called me from the womb, from the body of my mother he named my name.”

These prophets received their prophetic calling while in their mother’s wombs. The idea is that God is setting Isaiah apart for special service before he is even born.

Job 3:3. In this verse, it says: “Let the day perish on which I was born, and the night that said, ‘A man is conceived.’” Intriguingly birth and conception are used interchangeably. The child who was born and the child who was conceived are considered the same person.

All unborn children are persons FROM CONCEPTION.

Genesis 25:22-23 “Two nations are in your womb…By God’s sovereign choice, Jacob, while still in utero, is chosen over his brother to be the bearer of God’s special covenant promises. Jacob is NOT an impersonal amalgamation of human tissue. He is a moral being capable of being chosen by the God of the universe for a personal relationship.  This is further evidence that God relates to the unborn in a personal way.

Galatians 1:15 – (Paul says that God set him apart for service before he was born.)

Isaiah, Jeremiah, Samson, David, Jacob, Job and Paul are all specifically called into their mission by God – while still in the womb.

In Exodus 21:22-25 the passage shows that the unborn children were valued under the Mosaic covenant. The law lays out the penalties for harming both a pregnant woman and her unborn child.

Thus, without question, the Bible presents a clear pro-life ethic by affirming the personhood of the unborn. From verses that portray God’s creative power in the womb (Psalm 139:13-16) to passages where prophets and apostles are called and set apart for ministry while still in utero (such as Jeremiah, Isaiah, and Paul), the Bible sees all life as precious and possessing inherent worth and dignity.

The Church was PRO-LIFE from the beginning!

A brief survey of church history reveals that the church has been clear and consistent on abortion since the first century. For 2,000 years, Christians have interpreted the Bible consistently on the value of unborn human life, and nearly every prominent leader and authority in the history of Christianity—whether theologians, pastors, or church councils—have publicly opposed abortion.

Despite disagreement on other significant theological issues, the Christian church has spoken with one voice when it comes to affirming the personhood of the unborn and condemning abortion.

In Roman society during the first three centuries after Christ the average Roman had such a low view of fetal and infant life that infanticide, child abandonment, and abortion remained common in the Roman Empire until these practices were outlawed, at the urging of Christians, in 374. It was against this morally dark backdrop that the first generation of Christians opposed abortion out of a conviction that the Bible expressly condemned it.

Jesus’ message was love. This emphasis motivated Christians to care for society’s vulnerable, including children (pre-born and discarded infants). Jesus loved children. He wanted them present for his teaching.

The first generation of pastors and theologians were forceful in condemning abortion because they believed it was an unbiblical and sinful practice.

In the Didache, an early Christian text (AD 50–120), abortion was listed among sins that Christians should avoid. One list of prohibited behaviors in the Didache read: “Thou shalt do no murder…thou shalt not procure abortion, nor commit infanticide…Later in the Didache it says, “killers of the child, who abortion the mold of God” were condemned as sinners. “You shall love your neighbor more than your own life. You shall not slay the child by abortions. You shall not kill what is generated.”

Tertullian  -Toward the late second century, Tertullian (155– 220) responded to pagan critics who alleged that Christians practiced infanticide. In his rebuttal, Tertullian explained, “For us, indeed, as homicide is forbidden, it is not lawful to destroy what is conceived in the womb.”

Tertullian equated abortion with murder. In his view, aborting an unborn child and killing an adult were morally equivalent acts.

By the fifth century the teaching on abortion had been set out with clarity and consistency. Abortion was a form of murder and Christians stood solidly on the side of life. In fact, the strong pro-life position articulated by the early church continued uninterrupted for centuries and was endorsed by more and more governments as the church’s influence spread. For example, in the eighth century, the Frankish kingdom of Charlemagne adopted the decision of the Council of Ancyra (314) as the law of the land. Ancyra had prohibited abortion and prescribed the death penalty for those who administer abortion inducing drugs.

Even following the Reformation, the different theological camps remained pro-life. In the sixteenth century, both Catholic and Protestant leaders continued to champion the rights of the unborn.

For example, John Calvin explained, “The unborn child… though enclosed in the womb of its mother, is already a human being… and should not be robbed of the life which it has not yet begun to enjoy.”

The Catechism of the Council of Trent (1566) describes abortion as a “heinous crime.”

Christian opposition to abortion remained unbroken into the twentieth century. In 1945, Dietrich Bonhoeffer said, “To kill the fruit in the mother’s womb is to injure the right to life that God has bestowed on the developing life.” This remained the view of every Christian denomination until around the 1960s. Significantly, the churches that changed their view on abortion during this time were the same churches that since the 1920s had increasingly embraced theological liberalism. The correlation between rejecting the Bible as God’s infallible and authoritative Word and the acceptance of abortion is striking. Denominations that continued to believe the trustworthiness and reliability of the Bible remained committed to the church’s historic teaching on the personhood of the unborn.

Gospel Hope for the Church’s Future

Be courageous! As the church looks ahead, Christians must speak with courage and conviction and counter anyone who suggests there is another way to interpret the Bible when it comes to abortion. We must present our position with kindness and love. The gospel is good news for all people, even those who have had or performed abortions.

The transformation of pro-abortion activists underscores the forgiveness that is possible for those who repent of their sin and turn to Christ.

The Bible’s teaching on life is clear. It is not a selective reading of Scripture to suggest that the Bible unequivocally affirms the personhood of the unborn. This has been the unchanging position of the church from the beginning, and means that the unborn child has moral standing and should be considered a person from the moment of conception.

Thus, those who argue that the Bible supports abortion or that the biblical witness is vague or unclear on personhood are MISTAKEN. As demonstrated, the Bible teaches that all human life is precious. All people—born and unborn—are made in the image of God and possess inherent dignity and value. Abortion, which is the INTENTIONAL destruction of human life, is immoral and sinful. At the same time, the Bible makes clear that God provides the grace to walk free from the destruction of abortion. On these questions on which contemporary society finds itself confused and in disarray, the Bible has clear answers.