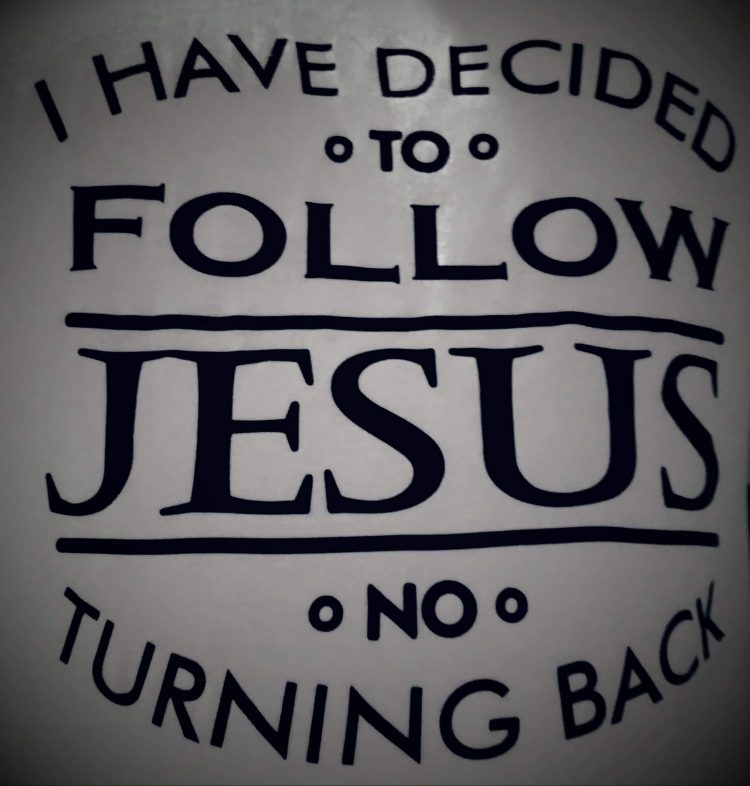 At our ‘Mighty Men’s Meeting’ last Saturday morning we were blessed with an amazing testimony by a former prisoner, who was recently released from Provincial prison here in Tarlac! It was the first time for him to attend our meeting. The shirt that he was wearing had these words boldly printed on it “I have decided to follow Jesus, no turning back”! He remembers us leading the prisoners to sing that song at one of our meetings while he was in prison…

With the kind of sentence he was given by the judge, getting a release was unheard of! A sentence like that is generally irrevocable apart from major expenses, going through the court of appeals with lots & lots of effort extended, etc. Besides that, if ever a motion for re-consideration were to pass, protocol is generally only to cancel one charge, and he had 2 charges against him. Apparently, his sentence being totally reversed by the judge was a marvelous answer to prayer, with no other explanation for it! The Lord be praised!!

He was so HAPPY as he shared his miraculous answer to prayer. We are hoping to record his testimony & post it on our ‘Light Brings Freedom channel’, soon. It was also a powerful testimony to his inmates in the prison! At first they thought he must be crazy & out of his mind when he told them that he had been released! They couldn’t believe it! They thought he had ‘no hope” other than facing a lifetime behind bars. As he gave the Lord praise, shared his faith in Jesus and testified to them before leaving, some of his Muslim inmates were amazed & told him, “your God is different than our god!”

He had been heavily involved with drugs. He was actually given more than a life-sentence (“lifetime imprisonment + 12 years & 4 days due to the charges against him). He was incarcerated in prison for around 9 years. While in prison, his wife left him for someone else, thinking it was useless to wait around for him. He was left there in prison alone, year after year, with no other outside visitors, other than us coming from time to time for the services there…

While in prison, after a time of personal struggle, he finally made the decision to surrender his life to the Lordship of Jesus late one evening, at midnight. He threw away his cigarettes, and determined to serve the Lord. He asked the Lord for peace of mind, and also prayed to be released from prison. After that he says he had peace in his heart, & patiently resigned himself to whatever would happen with him. He continued to pray, and have faith to believe that somehow he would be released, even in the midst of those dreadful circumstances he found himself in!

While he was in prison, we did a 31-lesson Bible series called “Light Brings Freedom”. He found those Bible studies to be very helpful to his spiritual growth, faith, and understanding of the gospel.

When his release actually happened, he was ecstatic & joyful! He had personally done nothing either financially or legally to deserve the reversal of the ‘life imprisonment’ sentence that had been issued to him by the court! He recognizes his freedom as an obvious miracle & answer to his prayers from the Lord!

Glory, glory, hallelujah! “Praise the Lord for His merciful kindness is great toward us, and the truth of the Lord endures forever!! (Psalm 117) His promises to hear & answer prayer are TRUE!