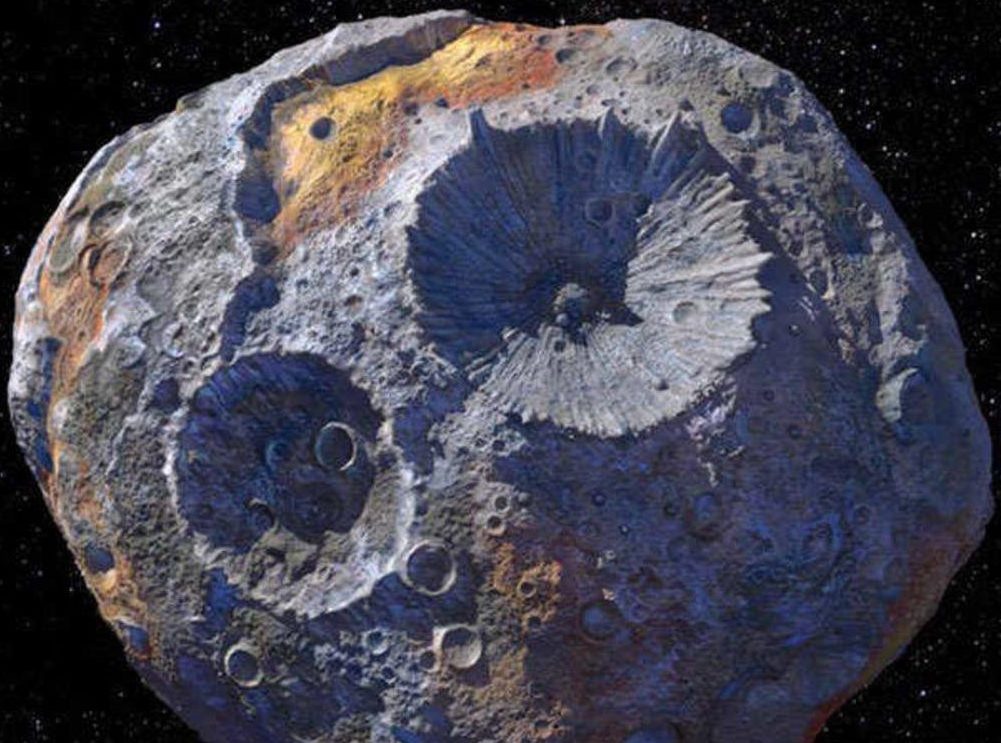 Believing in our Wonderful CREATOR & responding to Him correctly as His CREATION is foundational to faith, & living a life that is pleasing to the Lord!

Genesis 1:1 – In the beginning GOD CREATED the heavens and the earth.

Genesis 1:27 – So GOD CREATED MAN in His own image; in the image of God HE CREATED him; male and female HE CREATED them.

Genesis 2:3 – Then God blessed the seventh day and sanctified it, because in it He rested from all His work which GOD HAD CREATED and made.

Mark 10:6 – (JESUS said) But from the beginning of the CREATION, God ‘made them male and female.’

Mark 13:9 – (JESUS said) For in those days there will be tribulation, such as has not been since the beginning of the CREATION which GOD CREATED until this time, nor ever shall be.

Revelation 3:14 – (JESUS said) “And to the angel of the church of the Laodiceans write, ‘These things says the Amen, the Faithful and True Witness, the Beginning of the CREATION OF GOD:

GOD IS OUR CREATOR

The Lord wants us to make no mistake about it – He is our CREATOR!

Isaiah 40:26 – Lift up your eyes on high, And see WHO HAS CREATED these things, WHO brings out their host by number; HE calls them all by name, By the greatness of HIS MIGHT and the strength of HIS POWER; Not one is missing.Everyone who is called by My name, Whom I HAVE CREATED for My glory; I HAVE FORMED HIM, yes, I HAVE MADE HIM.”

Isaiah 42:5 – Thus says God the Lord, Who CREATED the heavens and stretched them out, Who spread forth the earth and that which comes from it, Who gives breath to the people on it, And spirit to those who walk on it:

Isaiah 40:28 – Have you not known? Have you not heard? The everlasting God, the Lord, THE CREATOR of the ends of the earth, Neither faints nor is weary. His understanding is unsearchable.

Isaiah 43:1,7 – But now, thus says the Lord, who CREATED you, O Jacob, And He who FORMED you, O Israel: “Fear not, for I have redeemed you; I have called you by your name; You are Mine… Everyone who is called by My name, Whom I HAVE CREATED for My glory; I HAVE FORMED HIM, yes, I HAVE MADE HIM.”

Isaiah 45:12,18 – I HAVE MADE the earth, And CREATED MAN on it. I—My hands—stretched out the heavens, And all their host I have commanded… For thus says the Lord, Who CREATED the heavens, Who is God, Who FORMED the earth and MADE IT, Who has established it, Who did not CREATE IT in vain, Who FORMED IT to be inhabited: “I am the Lord, and there is no other.

JESUS IS OUR CREATOR!

Ephesians 3:9 – and to make all see what is the fellowship of the mystery, which from the beginning of the ages has been hidden in God who CREATED ALL THINGS through Jesus Christ;

Psalm 11:3 If the foundations are destroyed, What can the righteous do?

Mocks and scoffs at the belief in Creation by a Sovereign Creator!

Doesn’t acknowledge the Lord or glorify Him!

Does brain-washing on the media & in the schools opposing God!

LACK OF the DUE ACKNOWLEDGEMENT OF OUR CREATOR BRINGS JUDGMENT

Romans 1:20,25 – For since the CREATION of the world His invisible attributes are clearly seen, being understood by the things that are made, even His eternal power and Godhead, so that they are without excuse,… who exchanged the truth of God for the lie, and worshiped and served the CREATURE rather than the CREATOR, who is blessed forever.

Revelation 4:11 – “You are worthy, O Lord, to receive glory and honor and power; For YOU CREATED ALL THINGS, and by Your will they exist and WERE CREATED.”

I Peter 4:19 – Therefore let those who suffer according to the will of God commit their souls to Him in doing good, as to a FAITHFUL CREATOR.

2 Corinthians 5:17 – Therefore, if anyone is in Christ, he is a NEW CREATION; old things have passed away; behold, all things have become new.

Colossians 3:10 – and have put on the new man who is renewed in knowledge according to the image of Him who CREATED HIM,…

WE ARE HIS WORKMANSHIP

Ephesians 2:10 – For we are His workmanship, CREATED in Christ Jesus for good works, which God prepared beforehand that we should walk in them.

CREATED TO PRAISE THE LORD

Psalm 102:18 – …you are a chosen generation, a royal priesthood, a holy nation, His own special people, that you may PROCLAIM THE PRAISES of Him who called you out of darkness into His marvelous light;

I Peter 2:9 – …you are a chosen generation, a royal priesthood, a holy nation, His own special people, that you may PROCLAIM THE PRAISES of Him who called you out of darkness into His marvelous light;…

Our CREATOR is TOTALLY AWESOME! Let’s always give Him due RESPECT and REVERANCE! Let’s be THANKFUL and GIVE HIM PRAISE! Let’s WHOLE-HEARTEDLY WORSHIP and ADORE HIM! Let’s TRUST HIM and OBEY HIM!

Make a joyful shout to the Lord, all you lands! 2 Serve the Lord with gladness; Come before His presence with singing. 3 Know that the Lord, He is God; It is HE WHO HAS MADE US, and not we ourselves; We are His people and the sheep of His pasture.4 Enter into His gates with thanksgiving, and into His courts with praise. Be thankful to Him, and bless His name. 5 For the Lord is good; His mercy is everlasting,
and His truth endures to all generations.

I will extol You, my God, O King; And I will bless Your name forever and ever.2 Every day I will bless You, And I will praise Your name forever and ever.3 GREAT IS THE LORD, and greatly to be praised; and His GREATNESS IS UNSEARCHABLE. 4 One generation shall praise Your works to another, and shall declare Your mighty acts. 5 I will meditate on the glorious splendor of Your MAJESTY, and on Your wondrous works. 6 Men shall speak of the might of Your awesome acts, and I will declare Your greatness. 7 They shall utter the memory of Your great goodness, and shall sing of Your righteousness. 8 The Lord is gracious and full of compassion, slow to anger and great in mercy. 9 The Lord is good to all, and His tender mercies are over all HIS WORKS. 10 All Your works shall praise You, O Lord, and Your saints shall bless You.11 They shall speak of the glory of Your kingdom, and talk of Your power, 12 To make known to the sons of men His mighty acts, and the glorious majesty of His kingdom. 13 Your kingdom is an everlasting kingdom, and Your dominion endures throughout all generations. The Lord upholds all who fall, and raises up all who are bowed down. 15 The eyes of all look expectantly to You, and You give them their food in due season. 16 You open Your hand and satisfy the desire of every living thing. 17 The Lord is righteous in all His ways, gracious in all His works. 20 The Lord preserves all who love Him, but all the wicked He will destroy. 21 My mouth shall speak the praise of the Lord, and all flesh shall bless His holy name
forever and ever.

Many don’t realize that the evolutionary theory, which is being taught as actual scientific fact in many  schools was once banned and against the law in many places in the U.S.

Many don’t know that Darwin himself, the originator of the evolutionary theory – was UNCERTAIN ABOUT IT himself…

BELIEVING IN GOD… AND EVOLUTION?

A new false movement is encouraging CHRISTIAN Colleges to embrace the teaching of EVOLUTION, and some of their professors, are trying to defend the teaching of evolution!

Lies & the truth are not compatible! What fellowship has light with darkness…? (2 Corinthians 6:14)

In many Universities and Colleges many students are losing their faith and becoming ATHEISTS!

TESTIMONY OF A UNIVERSITY STUDENT

She was raised in a Christian family. She was an excellent student, with noble ambitions for her life.

When she went to Harvard University —“Higher education kinda destroyed me”. “It little by little took away all the layers that gave me grounding (her FOUNDATIONS) and meaning and gave me an entirely new viewpoint on the world…

“ I came out of Harvard not only as an atheist, but I was angry. I hated America & wanted to leave” – (moved to Australia) “I had abandoned all the things that were most meaningful to me and I felt so empty.” “I kept denouncing all the things that I had held dear in my life before and I spent a long time looking for and happiness in all the wrong places. I was partying a lot and doing a lot of drugs.. It was a rough time.”

Then she was in an accident, and came back home.

As she looked back at all of her experiences of chaos, & turmoil and inner struggle she said – “I hope that my story can really inspire young women to take the narrow path and not be seduced by the lifestyle that is pushed today in mainstream media, & is pushed by our culture and our society…”

2 Timothy 3:1 But know this, that in the last days PERILOUS times (VERY DANGEROUS times) will come:…

THERE ARE many deceivers

2 John 1:7 – For many DECEIVERS have gone out into the world who do not confess Jesus Christ as coming in the flesh. This is a DECEIVER and an ANTICHRIST.

LIES (a strategy promoted by the current ‘Speaker of the House’ in the U.S. on a youtube video… we are praying that she will be removed soon, and that truth will prevail!)

1) Demonize your political opponent by telling the public LIES about them! 2)The press reports the LIES as if they were true. 3)You use the press reports as validation that your LIES are true.

THE DEVIL IS A DECEIVER

Revelation 12:9 – …the great dragon was cast out, that serpent of old, called the Devil and Satan, who DECEIVES the whole world; …

OUR CREATOR IS IN CONTROL of the times

Ecclesiastes 12:1 – Remember now your CREATOR in the days of your youth, Before the difficult days come, And the years draw near when you say, “I have no pleasure in them”:…!

RIGHT RESPONSES TO OUR CREATOR

APPRECIATE all of his blessings, and his wonderful gift of life!

LOVE Him and WORSHIP Him!

FEAR and RESPECT him!

LIVE for him and SUBMIT to his Sovereignty and allow him to be your LORD!

HONOR HIM AS YOUR CREATOR FOR HE IS WORTHY! (Revelation 4:11)