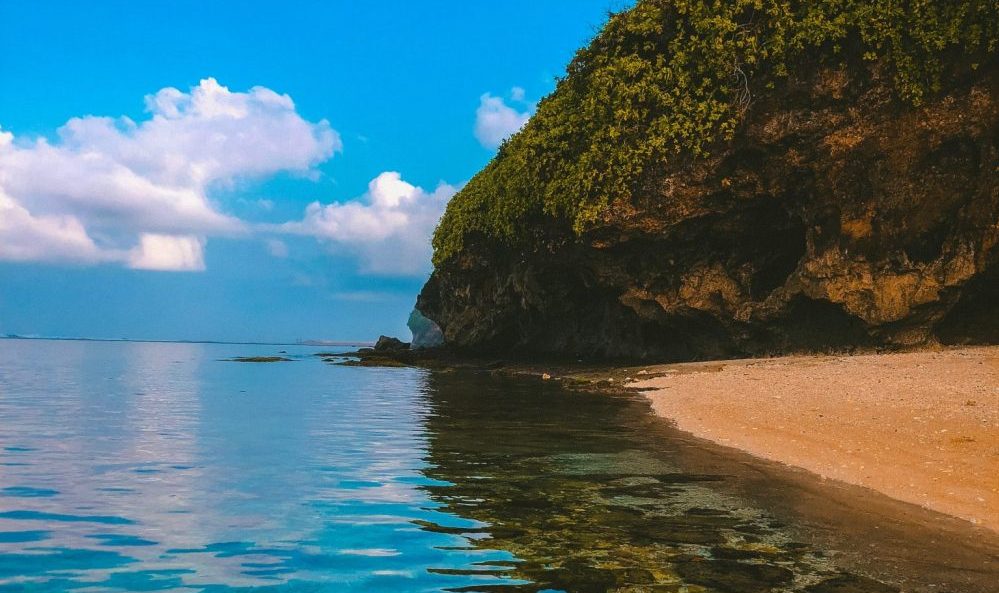 A PROPHETIC Song by Sinach

You are WAYMAKER, Miracle Worker, Promise Keeper, Light in the darkness – My God, that is who you are!…

THE WAY OF LIFe

Scripture has a lot to say about the right WAY – the WAY of life. Here are a few selections:

Psalm 1:6 – For the Lord knows the WAY of the righteous, But the way of the ungodly shall perish.

Psalm 5:8 – Lead me, O Lord, in Your righteousness because of my enemies; Make Your WAY straight before my face.

Psalm 25:4,8,9,12 – Show me Your WAYS, O Lord; Teach me Your paths. Good and upright is the Lord; Therefore He teaches sinners in the WAY… the humble He teaches His WAY.Who is the man that fears the Lord? Him shall He teach in the WAY He chooses.

Psalm 32:8 – I will instruct you and teach you in THE WAY you should go; I will guide you with My eye.

Psalm 67:1-2 – God be merciful to us and bless us, and cause His face to shine upon us, Selah. That Your WAY may be known on earth, Your salvation among all nations.

Psalm 107:7 – And He led them forth by the right WAY, That they might go to a city for a dwelling place.

Psalm 128:1 – Blessed is every one who fears the Lord, Who walks in His WAYS.

Proverbs 3:17 – Her (Wisdom) WAYS are WAYS of pleasantness, And all her paths are peace.

Proverbs 10:29 – The WAY of the Lord is strength for the upright,

Proverbs 12:28 – In the WAY of righteousness is life, And in its pathway there is no death

Isaiah 53:6 – All we like sheep have gone astray; We have turned, every one, to his own way; And the Lord has laid on Him the iniquity of us all.

Proverbs 15:24 – The WAY of life winds upward for the wise, That he may turn away from hell below.

Isaiah 40:3 – “Prepare the WAY of the Lord; Make straight in the desert A highway for our God.

Isaiah 48:17 – Thus says the Lord, your Redeemer, The Holy One of Israel: “I am the Lord your God, Who teaches you to profit, Who leads you by the WAY you should go.

Jeremiah 32:39 – …I will give them one heart and one WAY, that they may fear Me forever, for the good of them and their children after them.

Acts 4:12 – Nor is there salvation in any other, for there is no other name under heaven given among men by which we must be saved.”

Daniel 7:25 -Then he will blaspheme the High God, persecute the followers of the High God, and try to get rid of sacred worship and moral practice. God’s holy people will be persecuted by him for a time, two times, half a time.

god is with us to help in times of trouble

Isaiah 43:1-2 – But now, O Jacob, listen to the Lord who created you. O Israel, the one who formed you says,
“Do not be afraid, for I have ransomed you. I have called you by name; you are mine. When you go through deep waters,
I will be with you. When you go through rivers of difficulty, you will not drown. When you walk through the fire of oppression,
you will not be burned up; the flames will not consume you.

Isaiah 43:16 – I am the Lord, who opened a WAY through the waters, making a dry path through the sea.

Isaiah 43:19-20 – For I am about to do something new. See, I have already begun! Do you not see it? I will make a PATHWAY through the wilderness. I will create rivers in the dry wasteland.The wild animals in the fields will thank me, the jackals and owls, too, for giving them water in the desert. Yes, I will make rivers in the dry wasteland so my chosen people can be refreshed.

Isaiah 43:1-2 (MSG) – But now, God’s Message, the God who made you in the first place, Jacob, the One who got you started, Israel: “Don’t be afraid, I’ve redeemed you. I’ve called your name. You’re mine. When you’re in over your head, I’ll be there with you. When you’re in rough waters, you will not go down. When you’re between a rock and a hard place, it won’t be a dead end—

GOD WILL MAKE A WAY

A prophetic song by don moen

By a roadway in the wilderness He’ll lead me. Rivers in the desert will I see. Heaven and earth will fade, but His Word will still remain… and He will do, something new today!

GOD CAN MAKE A WAY!!

As God brings miracle growth, He anoints us to move to overcome and by faith we move forward.

God says through one of our foremost prophets in church history (Isaiah):

Throughout Scripture one principle is always constant – God  CAN MAKE A WAY when there seems to be no way!!

In Hebrews 11 we see the Lord making A WAY:

Hebrews 11:1-6 (MSG) –  The fundamental fact of existence is that this trust in God, this faith, is the firm foundation under everything that makes life worth living. It’s our handle on what we can’t see. The act of faith is what distinguished our ancestors. By faith, we see the world called into existence by God’s word, what we see created by what we don’t see.  By an act of faith, Abel brought a better sacrifice to God than Cain. It was what he believed, not what he brought, that made the difference. That’s what God noticed and approved as righteous. After all these centuries, that belief continues to catch our notice. By an act of faith, Enoch skipped death completely. “They looked all over and couldn’t find him because God had taken him.” We know on the basis of reliable testimony that before he was taken “he pleased God.” It’s impossible to please God apart from faith. And why? Because anyone who wants to approach God must believe both that he exists and that he cares enough to respond to those who seek him.

• Special note: Before Enoch was taken, he pleased God! That is the goal!! Let’s live pleasing God! It is possible to please Him!

Hebrews 11:7 – By faith, Noah built a ship in the middle of dry land. He was warned about something he couldn’t see, and acted on what he was told. The result? His family was saved. His act of faith drew a sharp line between the evil of the unbelieving world and the rightness of the believing world. As a result, Noah became intimate with God.

Sometimes you just need to do what you’re told! You can’t see it! You might not understand how it could even be possible. Just have  do what you’re told to do, by and act of faith!! Noah didn’t see it, yet! He responded with obedient faith & the result was that his family was saved!!

Hebrews 11:8-10 – By an act of faith, Abraham said yes to God’s call to travel to an unknown place that would become his home. When he left he had no idea where he was going. By an act of faith he lived in the country promised him, lived as a stranger camping in tents. Isaac and Jacob did the same, living under the same promise. Abraham did it by keeping his eye on an unseen city with real, eternal foundations—the City designed and built by God.

Hebrews 11:11-12 – By faith, barren Sarah was able to become pregnant, old woman as she was at the time, because she believed the One who made a promise would do what he said. That’s how it happened that from one man’s dead and shriveled loins there are now people numbering into the millions.

Hebrews 11:17-19 – By faith, Abraham, at the time of testing, offered Isaac back to God. Acting in faith, he was as ready to return the promised son, his only son, as he had been to receive him—and this after he had already been told, “Your descendants shall come from Isaac. Abraham figured that if God wanted to, He could raise the dead. In a sense, that’s what happened when he received Isaac back, alive from off the altar.

Hebrews 11:20-21 – By an act of faith, Isaac reached into the future as he blessed Jacob and Esau. •21 By an act of faith, Jacob on his deathbed blessed each of Joseph’s sons in turn, blessing them with God’s blessing, not his own—as he bowed worshipfully upon his staff.

Hebrews 11:24-28 – By faith, Moses, when grown, refused the privileges of the Egyptian royal house. He chose a hard life with God’s people rather than an opportunistic soft life of sin with the oppressors. He valued suffering in the Messiah’s camp far greater than Egyptian wealth because he was looking ahead, anticipating the payoff. By an act of faith, he turned his heel on Egypt, indifferent to the king’s blind rage. He had his eye on the One no eye can see, and kept right on going.

between a rock & a hard place

GOD DOESN’T MIND GETTING BETWEEN A ROCK AND A HARD PLACE AND CREATING WAYS FOR HIS PEOPLE! (Isaiah 43:1-2 / Msg)

Hebrews 11:23 – MOSES’ PARENTS. Their faith was a desperate faith; It was a faith that’s hard to imagine people having to exercise…

The hands of God were working in ways that at first was not readily seen. God was working on Pharaoh’s daughter, He had to make her heart tender towards having a baby boy that was not hers that was one of the Hebrew children. He had to work on her heart and her emotions and make her receptive to that. Behind the scenes God was preparing Moses destiny.

It was not something that his family could possibly even see. It would take an education for his destiny to be fulfilled. It would take leadership skills. It would take management skills. He needed skills that he could not get in a slave camp. Skills that a Pharaoh’s son would receive. It didn’t look like it but God was working!

It may not look like it, but God is working! He was making A WAY that others couldn’t see!

We just have to trust the WAYMAKER! He knows the end from the beginning – (Isaiah 46:10). Don’t lean to our own understanding. In all our ways acknowledge Him, and He will direct our paths… (Proverbs 3:5-6).

Let’s always trust that God can somehow turn things around & work them together for our good when we love Him & trust Him to do so, just like His Word declares – (Romans 8:28).

In your life today – if you will trust Him you can find Him to be THE WAYMAKER just like everyone that was mentioned in these Scriptures!

JESUS IS THE WAYMAKER!

HE HAS A PLAN THAT WE HAVEN’T SEEN YET!

When God says He will make A WAY, we just zip on around the obstacles in the path and keep on going!