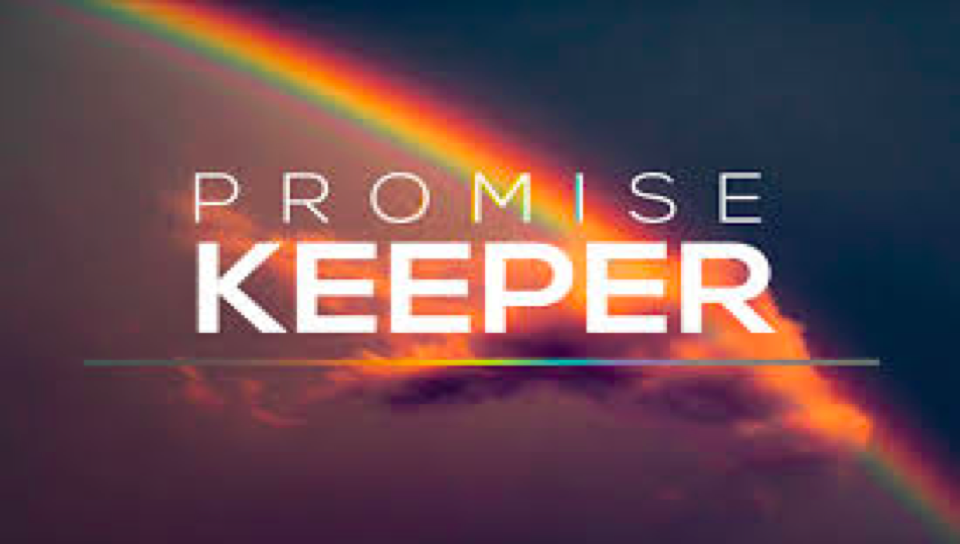 Jeremiah 33:14 – Behold, the days come, saith the Lord, that I WILL PERFORM that good thing which I have promised unto the house of Israel and to the house of Judah.

Isaiah 55:11 – So shall MY WORD be that goes forth out of my mouth: it shall not return unto me void, but it shall accomplish that which I please, and it shall prosper in the thing whereto I sent it.

I Kings 8:56 – Blessed be the Lord, that has given rest unto his people Israel, according to all that he PROMISED: there has not failed one word of all his good PROMISE, which he PROMISED by the hand of Moses his servant.

ISAIAH 46:9-11 – Remember the things I have done in the past. For I alone am God! I am God, and there is none like me. 10Only I can tell you the future before it even happens. Everything I plan will come to pass, for I do whatever I wish… I have said what I would do, and I WILL DO IT.

Are you dealing with some uncertainties in your life? What should you do? Trust in the Lord! Continue to hold on to His precious, faithful promises!!

In the midst of uncertainties, & troubling circumstances, we can still have peace. He promises to keep us in perfect peace when our mind is fixed on Him, and we trust in Him. (Isaiah 26:3)

Promises that others make are uncertain, but we can safely trust God because He is a PROMISE-KEEPER!

Genesis 15:1-6 – Some time later, the Lord spoke to Abram in a vision and said to him, “Do not be afraid, Abram, for I will protect you, and your reward will be great.”But Abram replied, “O Sovereign Lord, what good are all your blessings when I don’t even have a son? Since you’ve given me no children, Eliezer of Damascus, a servant in my household, will inherit all my wealth. And behold, the word of the Lord came to him, saying, “This one shall not be your heir, but one who will come from your own body shall be your heir.” 5 Then He brought him outside and said, “Look now toward heaven, and count the stars if you are able to number them.” And He said to him, “So shall your descendants be.” 6 And he believed in the Lord, and He accounted it to him for righteousness.

Genesis 12:1-3 – Now the Lord had said to Abram: “Get out of your country, from your family and from your father’s house, to a land that I will show you. 2 I will make you a great nation; I will bless you and make your name great; and you shall be a blessing.3 I will bless those who bless you, and I will curse him who curses you; and in you all the families of the earth shall be blessed.”

A WONDERFUL PROMISE! HOWEVER, GOD MADE abraham WAIT FOR MANY YEARS!!

Abraham knew God’s PROMISE, yet questioned it. He was trying to see it fulfilled in his own ways (Eliezer, & eventually Ishmael). However, God’s ultimate plan was for Isaac to be the son of promise).

Sometimes we might be tempted to think that God’s PROMISE is enough. We are tempted to try to make it happen ourselves

Since God is a PROMISE-KEEPER, our responsibility is to: 1) Listen to God as He makes things clearer, to help make it certain & clearly understand His plan. 2) When we hear from God, we must align ourselves with His Word because we know His Word is true & it will come to pass!

Sometimes people are so confused, because they listen to other voices & guides, but not to the one guide who is true, who can protect them, & brings fulfillment to His PROMISES! There is a dreadful tendency to listen to many people, but not to their Creator who knows the end from the beginning, and is able to bring the right direction for their lives.

Abraham knew the Word of God (Genesis 15:2-5), but the fulfillment of the PROMISE hadn’t taken place yet. Abraham tried to solve his problem. That’s what we often try to do when things are uncertain or unclear.

Sometimes the Lord will not make it all certain & clear right away. In the meantime, He’s going to make you remember HIs PROMISES! Eventually Abraham believed! That’s what pleases the Lord… Faith! (Hebrews 11:1,6)

Listening to God’s PROMISES, and obedience to His instructions makes things clearer, & certain. God wants us to obey Him one step at a time. He doesn’t always reveal everything to us all at once. He wants us to carefully listen to Him, and unflinchingly stand on His PROMISES.

We are living in a world where there are many uncertainties. That’s why God reminds us in His Word… about: His character; who He is; His power; what He has done, & what He will do! He reminds us about the cross, and about the gospel!

The gospel of Jesus Christ centers in His PROMISES fulfilled! We are made to be partakers of His divine nature by His great & precious PROMISES. (2 Peter 1:4)

God gave Abraham wonderful PROMISES, but he needed to wait many years for their fulfillment. Some of them were to be fulfilled through the succeeding generations, over time. He didn’t see everything fulfilled in his lifetime.

Sometimes things may continue to be unclear. God may continue to reveal certain details over an extended period of time. There are times He may only reveal one step at a time.

Sometimes we might start to doubt, or are tempted to question God, or are possibly unsure about what is going on. Always remember this: GOD IS A PROMISE-KEEPER! HE reminds us of His PROMISES! His PROMISES are true! He says to us, “Trust me! I WILL FULFILL MY PROMISES TO YOU!”

As we trust God, and depend upon Him for the fulfillment of what He has PROMISED He makes things clearer over time.

What are you believing God for? What about your status in life; success; college; career; debt; finances; health; past/present/future…?

God fulfilled HIs PROMISES to Abraham, and He can fulfill His PROMISES to you, too! Even though it took a long time, His PROMISES were true, and are being fulfilled! It was not a short journey. Abraham waited years for Isaac to come. In the meantime, God was telling him – “Depend on Me! Trust Me! I will do what I said I will do!”

GOD FULFILLED HIS PROMISE TO ABRAHAM

Genesis 21:2-3 – She (Sarah, Abraham’s wife) became pregnant, and she gave birth to a son for Abraham in his old age. This happened at just the time God had said it would. 3 And Abraham named their son Isaac.

2 Peter 3:9 – The Lord isn’t really being slow about His PROMISE as some people think. No, He is being patient for your sake. He does not want anyone to be destroyed, but wants everyone to repent.

Hebrews 10:23,36  – Let us hold fast the confession of our hope without wavering, for He who PROMISED is faithful… For you have need of endurance, so that after you have done the will of God, you may receive the PROMISE:

Hebrews 6:15 –  Abraham waited patiently, and he received what God had PROMISED.

Caleb and Joshua were hopeful, & full of faith! They saw their hope fulfilled in the land of PROMISE! All of God’s PROMISES were fulfilled!

The 3 Hebrew men knew that God was able to help them, and true – even if not, they were determined to be steadfast in their faith! The Lord backed them up, & His PROMISED protection to them was fulfilled.

Hebrews 6:17-18 – God also bound himself with an oath, so that those who received the PROMISE could be perfectly sure that He would never change his mind. 18 So God has given both his PROMISE and his oath. These two things are unchangeable because it is impossible for God to lie.

What are some specific promises that we can apply to our lives? Here are a few of His PROMISES. You can add many more…

HE HAS PROMISED US ETERNAL LIFE

I John 2:25 – And this is the PROMISE that He has PROMISED us—eternal life.

HE HAS PROMISED US AN ETERNAL HOME

2 Peter 3:13 – Nevertheless we, according to His PROMISE, look for new heavens and a new earth in which righteousness dwells.

John 14:1-3 – “Let not your heart be troubled; you believe in God, believe also in Me. 2 In My Father’s house are many mansions; if it were not so, I would have told you. I go to prepare a place for you. 3 And if I go and prepare a place for you, I will come again and receive you to Myself; that where I am, there you may be also.

His promises are good

We are partakers of His divine nature by His precious promises

2 Peter 1:4 – …by which have been given to us exceedingly great and precious PROMISES, that through these you may be partakers of the divine nature, having escaped the corruption that is in the world through lust.

THE BLESSINGS OF HIS PROMISES

There are so many blessed PROMISES that we can look forward to the Lord fulfilling in the future!

His PROMISES are to us, and to our children, and to future generations…

Acts 2:39 – …For the PROMISE is to you and to your children, and to all who are afar off, as many as the Lord our God will call.”

HE HAS PROMISED US HIS KINGDOM!

James 2:5 – Has God not chosen the poor of this world to be rich in faith and heirs of the kingdom which He PROMISED to those who love Him?

HE PROMISES US AN ETERNAL INHERITANCE!

Hebrews 9:15 – …He is the Mediator of the new covenant, by means of death, for the redemption of the transgressions under the first covenant, that those who are called may receive the PROMISE of the eternal inheritance.

ALL OF THE PROMISES IN HIM ARE TRUE!

JESUS IS A PROMISE KEEPER!

HE IS WELL ABLE TO PERFORM HIS PROMISES BECAUSE HE IS TRUE, & CANNOT LIE…

Special Acknowledgments: Thanks to Evelyn Asuncion for assisting in the preparation of this message, and for delivering it at our online service; thanks also to Tim Sheets for his message “Promise-Keeper” available on youtube, which was a very helpful resource for this message – https://www.youtube.com/watch?v=s7K8XEPgHD0&t=4s&ab_channel=OasisChurch