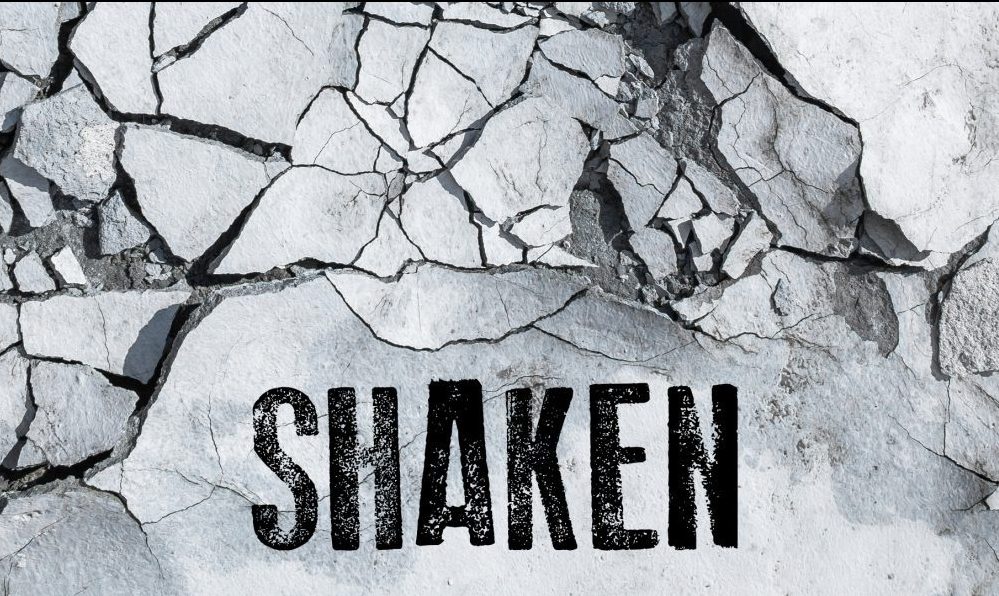 We had an unusual experience this morning. Colleen and I were sitting at our kitchen table between 8:30-9 a.m. having a prayer time for the nations. All of a sudden I heard Colleen say “there’s an earthquake“! Sure enough our kitchen table was shaking, and the floor underneath my feet was moving strangely. At first, Colleen thought that I was the one shaking the table…

The Epicenter was 286 km north of where we live. The magnitude was 7.0 on the Richter scale.There was no serious damage done here in Tarlac City, that we are aware of. However, we did get ‘shaken‘ up a bit. Countries affected by the earthquake were the Philippines, Taiwan, Japan and China.

A verse that immediately came to my mind at the time was Acts 4:31 – “And when they had prayed, the place where they were assembled together was “shaken“…

It was an unforgettable experience to have an earthquake ‘shaking‘ the floor underneath my feet in our house during a time of prayer for the nations!

I was reminded of some prophetic verses about the last days, and the Lord “rising to ‘shake’ the earth” during our prayer meeting tonight that I would like to share with you, as follows:

Hebrews 12:25-28 – See that you do not refuse Him who speaks. For if they did not escape who refused Him who spoke on earth, much more shall we not escape if we turn away from Him who speaks from heaven, 26 whose voice then shook the earth; but now He has promised, saying, “Yet once more I ‘shake’ not only the earth, but also heaven.” 27 Now this, “Yet once more,” indicates the removal of those things that are being ‘shaken’, as of things that are made, that the things which cannot be ‘shaken’ may remain.28 Therefore, since we are receiving a kingdom which cannot be ‘shaken’, let us have grace, by which we may serve God acceptably with reverence and godly fear…

Prophetically, it seems clear that in these last days there is going to be a great ‘shaking’. Lots of earthquakes are included in the signs Jesus mentioned, as His Second Coming draws near.

Matthew 24:7 – For nation will rise against nation, and kingdom against kingdom. And there will be famines, pestilences, and earthquakes in various places.

Psalm 60:2 – You have made the earth tremble; You have broken it; Heal its breaches, for it is ‘shaking‘.

Isaiah 24:12-14 – In the city desolation is left, and the gate is stricken with destruction.13 When it shall be thus in the midst of the land among the people, It shall be like the ‘shaking‘ of an olive tree, like the gleaning of grapes when the vintage is done.14 They shall lift up their voice, they shall sing;For the majesty of the Lord they shall cry aloud from the sea.

Psalm 18:7 – Then the earth ‘shook‘ and trembled; The foundations of the hills also quaked and were ‘shaken‘, because He was angry.

Isaiah 24:18,19 – And it shall be That he who flees from the noise of the fear shall fall into the pit, And he who comes up from the midst of the pit shall be caught in the snare; For the windows from on high are open, and the foundations of the earth are ‘shaken’. The earth is violently broken, The earth is split open, The earth is ‘shaken’ exceedingly.

Psalm 46:1-3 – God is our refuge and strength, a very present help in trouble.Therefore we will not fear, even though the earth be ‘removed’, and though the mountains be carried into the midst of the sea;3 Though its waters roar and be troubled, though the mountains ‘shake’ with its swelling. Selah

Isaiah 13:13 – Therefore I will ‘shake’ the heavens, And the earth will ‘move‘ out of her place, In the wrath of the Lord of hosts and in the day of His fierce anger.

Isaiah 64:1 – Oh, that You would rend the heavens! That You would come down! That the mountains might ‘shake’ at Your presence—

Ezekiel 31:16 – I made the nations ‘shake’ at the sound of its fall, when I cast it down to hell together with those who descend into the Pit…

Ezekiel 38:20 – …all men who are on the face of the earth shall ‘shake’ at My presence. The mountains shall be thrown down, the steep places shall fall, and every wall shall fall to the ground.’

Joel 3:16 – The Lord also will roar from Zion, and utter His voice from Jerusalem; The heavens and earth will ‘shake‘; But the Lord will be a shelter for His people, And the strength of the children of Israel.

Acts 16:25-26 – …at midnight Paul and Silas were praying and singing hymns to God, and the prisoners were listening to them. 26 Suddenly there was a great earthquake, so that the foundations of the prison were ‘shaken’; and immediately all the doors were opened and everyone’s chains were loosed.

Revelation 16:16-18 – And they gathered them together to the place called in Hebrew, Armageddon.17 Then the seventh angel poured out his bowl into the air, and a loud voice came out of the temple of heaven, from the throne, saying, “It is done!” 18 And there were noises and thunderings and lightnings; and there was a great earthquake, such a mighty and great earthquake as had not occurred since men were on the earth.

A DISPLAY OF GOD’S POWER

As we consider the powerful might and displayof our Almighty God as seen in the ‘shaking’ of the earth in earthquakes, it is TOTALLY AMAZING and AWESOME!

Talking with the pastor at our missions base in Polillio, located in remote islands, they experienced the ‘shaking’ of the earthquake way out there. In fact, it impacted other nations — clear to China, Japan, and Taiwan!

In these last days according to Scripture, the heavens and earth will be ‘shaken’! It is comforting to note that in the midst of it all, the Lord will provide a place of shelter for His people, and help us be strong! (see above – Joel 3:16)